More than 2 hours of great music and spectacular lightshow with video backgrounds... I didn't expect them to be that good! Each of the musician was really talented. As far as I know the original Pink Floyd's songs, they quite stuck to them. Although they have their own interpretations.

For instance, they created a fun intro of Money, using different kinda tools and instruments. I thought it was very original. It kinda broke the ice between the public and the band. Later on, they also played their own opera version of The Wall. It showed me that they really have good voices ;)

Actually, I have to point out that the public was sitting for the whole concert. It's sort of a Swedish thing. But the seats of the Konsert & Kongress were really sweet... Can't complain! I felt like being in a movie theater, with louder music. I guess that for more rock concerts, the seats are taken away, leaving space for the crowd to dance and jump around more easily.

Of course, we heard all the other famous songs (Comfortably numb, Wish you were here, Another brick in the wall, Hey you, etc.) but they also played more forgotten ones (at least for me) as Pink Floyd's first single 'Arnold Layne'.

The acoustic was really good. The lead guitar was very distinctive. The fact they P-Floyd have more members than the original band, allow them to be more rich. That's why they have 2 keyboards and 2 choirs. It gives a new version (interpretation) of the originals, that were very much appreciated by the public! 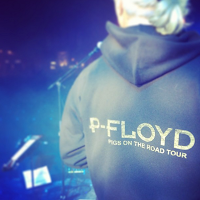 All in all, it was a really good concert!

I definitely recommend you to check their website for upcoming gigs, even though you're not a big Pink Floyd fan, it's worth it!
No comments:
Tags: Linköping, Sweden

A weird thing about Sweden is that there are many good bands, but not so much concerts! At least in Linköping. But there are still some events to go to...

Arenabolaget, the biggest event planner in Linköping area (50 people work there), organizes about 180 public events in Konsert & Kongress and Cloetta Center. They have conferences, fairs, lunches, business meetings and concerts, which 500.000 people attend to.


The Konsert & Kongress concert hall has more than 1.500 seats and even a bar-restaurant. The Cloetta Center is even bigger with 11.500 seats. That's why it hosts ice-hockey games!

Among the 6 tribute bands to Pink Floyd in Sweden, P-Floyd is the most successful one. I'm going to their concert tonight in the Konsert & Kongress! Formed in 1993 in Falun (3h North of Stockholm), they gave lots of concerts there. The last four years, the band was touring in Sweden with their own version of 'The Wall'. The 7 musicians recorded 2 live albums.

The band's founder Jan Stumsner got the idea for the name when he saw a parking sign. Later, they ordered their own sign with a white "P" on a blue background, and below this the yellow additional plate "FLOYD" in font "floydian" (same font as on the cover of The Wall).                    Wikipedia

I read a lot of positive reviews for their shows so I'm really looking forward tonight. I'm finally going to see some live music!

Still unpacking the car, the master thesis reality caught me back. It's about time to speed up!

My thesis partner is Mario K., my German study mate since the beginning of the program. We know well each other, as well as our thesis supervisor, Marie Bengtsson, as she taught us Leadership & Organization and Strategic Human Resource Management. Precisely, we intend to study knowledge integration in innovative firms from the city bus industry, developing diesel-electric hybrid powertrain solutions. 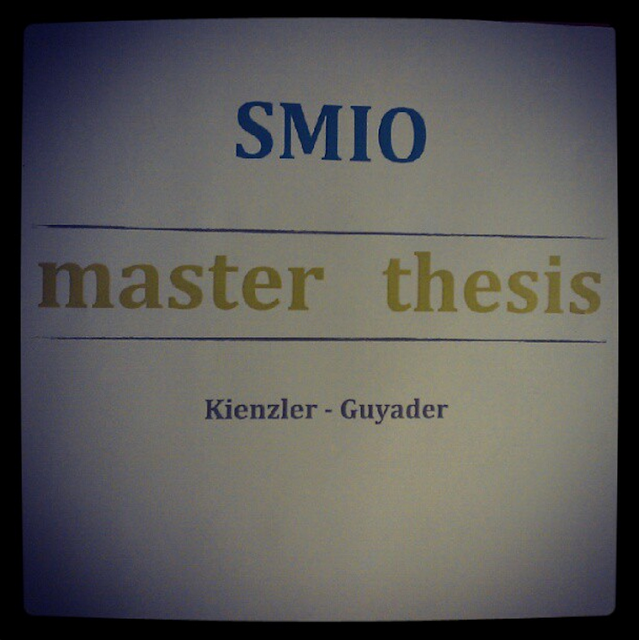 Today, we had a poster presentation with all SMIO generations. The 19 thesis groups of SMIO'12 presenting their projects (the more detailed and extended presentation, the more feedback/recommendations received to improve) and the SMIO'13 poped by to ask us questions, as we did last year with the SMIO'11.

It was nice to finally see what everybody has been working on over the last month, and how far it actually got them. Mario and me received constructive feedback that'll help us narrow down our project from the two possible topics we had in mind: 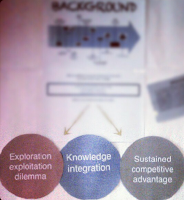 That's it for now!

For New Year's Eve, when I drove back to Belgium from my Xmas holidays in France with friends, I already had the idea of this road trip to Sweden a month later... We left Brussels Wednesday night, driving towards Travemünde, Germany, where we shove off on the ferry to Trelleborg, Sweden. One day in Lund later, I continued until Linköping (with a pit stop in Växjö, bringing back nice memories!). Hopefully the weather sweetened in time to leave me out of troubles (yet -5°C at dawn, no winter tires).

I moved in my old apartment but with two new flatmates: an master student from Germany and an erasmus student from Spain. Being back in Sweden feels great! It made me realized a few stuff I missed when I was away:
No comments:
Tags: Linköping, Sweden
Newer Posts Older Posts Home
Subscribe to: Posts (Atom)
Translate it!